SERTEGO TGMD has positioned the Port of Tangier as a reference on the north coast of Africa by managing and treating MARPOL waste derived from this important seaport.

In 2012, the Port Authority of TANGER MED (TMPA) announced the international tender for the construction and operation of MARPOL waste treatment and collection in the Port of TANGER MED. Sertego won that bid, and was awarded the concession to operate under the name of Sertego TGMD, which was created for the purpose of managing the concession based on the tender’s requirements.

Since January 2014, SERTEGO TGMD has been providing ship hydrocarbon waste collection and management services. In 2015, it started construction on the MARPOL Waste Treatment Plant, which allows for an integral waste treatment cycle within the port itself.

After finishing construction and obtaining last permits at the beginning of the year, the entry into operation of the MARPOL Waste Treatment Plant this 2017, allows the Port of TANGER MED to catch up with the world’s best ports in terms of oil waste environmental management facilities. 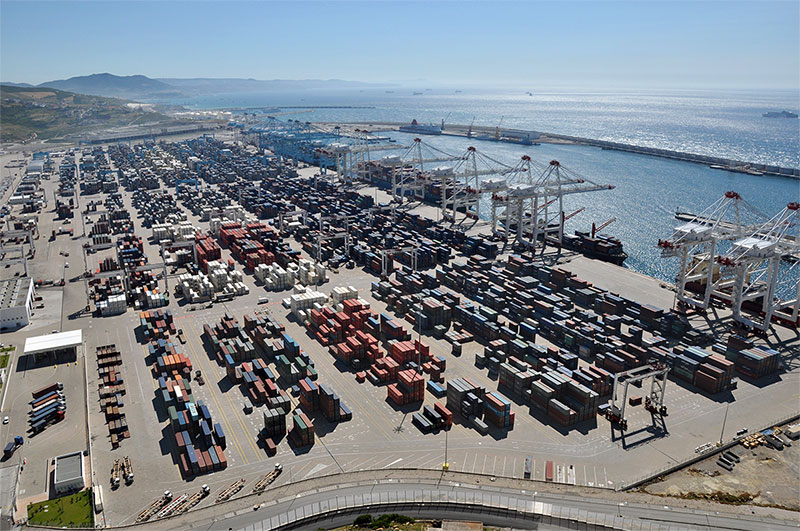 The SERTEGO TGMD facility, a concessionaire authorised by TMPA (TANGER MED Port Authority) for the collection and treatment of liquid waste (marpol I), is equipped with modern methods that provide service from the pier itself. The company has a fleet of tanker trucks as well as a 750 m3 capacity barge that recovers Marpol waste directly from anchored ships. 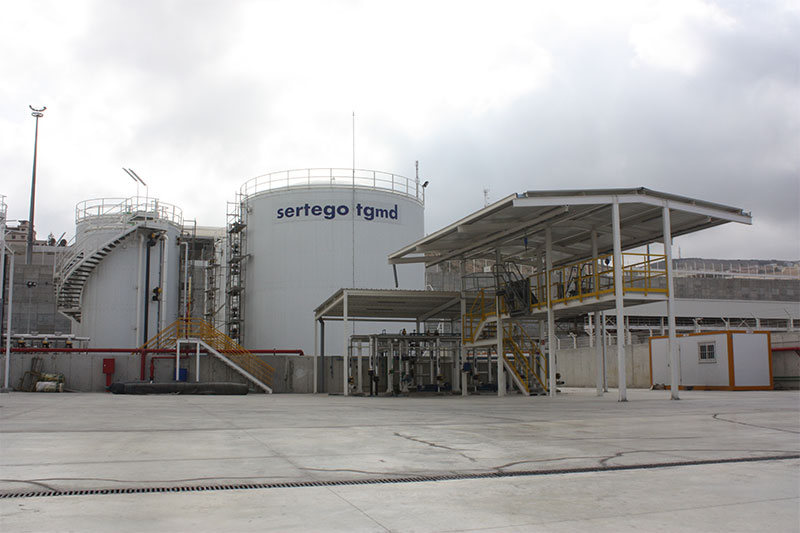 Liquid waste included in Annex I of MARPOL 73/78 are a mix of seawater and oil from ship bilge. Sertego’s TGMD plant allows the oil to be separated from the water in order to recover reusable residual fuel oil, purifying the water before returning it to the sea. This cycle provides purification and management of all waste produced during the process (solid, liquid, and gas).

Likewise, with SERTEGO’s arrival at the Port of Tangier, and the MARPOL Waste Treatment Plant’s commissioning, the Port of TANGER MED has positioned itself at the level of the world’s best ports in terms of oil waste environmental management, obtaining the Green Port certification.