At first glance, it may seem like there is no major connection between the economy and the environment, recycling or recovery. However, you just need to touch on the subject of “circular economy” to see that this is not the case.

Circular economy aims to transform the production process and move on from the current linear process (extracting, producing, using, and disposing); a circular process in which products are turned back into resources at the end of their service life, and the natural environment is preserved. Unfortunately, this concept breaks with the social trend of the last 40 years: consumerism, that quickly dispenses with goods acquired and seeks to replace them with new, revolutionary products. The idea of a circular economy was born from the need to reverse this trend, and aims for materials and resources to have a service life that is as long as possible in order to produce less waste. This is where the three ‘R’s become most meaningful: reduce, reuse, and recycle. Products are reused and recycled in a continuous circle, lengthening their lifecycle as much as possible. 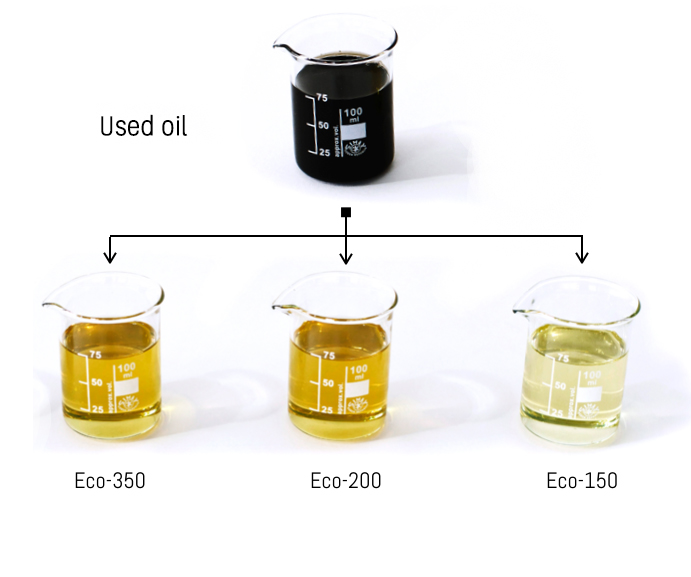 The circular economy applied to environmental protection has had many defenders and promotors, however it finally found its own way thanks to outside agents. The economic crisis experienced in recent years naturally and spontaneously unleashed an entire circular economy model. This affirmation can be illustrated with various examples such as the boom in the second-hand electronics market: the surge in recycled mobile telephone stores where used telephones can be bought and sold, enjoying that coveted device without paying the prohibitively expensive price tag. Another example are clothing or bicycle rental shops, a market that is being implemented in various Spanish cities where the ‘use’ of a good is promoted, instead of its ‘ownership’.

The recycling economy arose out of the consumers’ clear need to save, and that is indirectly supporting the environment. The environmental benefits are quite clear: there is a reduction in raw material extraction, waste, and the CO2 generated when new products are manufactured. In addition, this reinvention of the economy allows for the creation of new jobs and a new productive framework.

At Sertego, the circular economy is enriching our operations and goals. By using new product recuperation measures, we create value for the company and society.

An example of this is how the company treats used oil from private vehicles for reuse. In this process, we use regenerated oil base lubricant to produce new oil. That way, we avoid the use of new oil resources and the pollution it entails.

Another example of the circular economy is MARPOL used fuel recovery. The treatment of this type of waste, which is named after the MARPOL 73/78 International Convention (from ‘Marine Pollution’, the year of its creation, and the year the convention was published in 1978), allows ship bilge to be recovered, and the fuel this waste contains to be extracted and given a new use. We recycle it so that it can be reused, giving a product several uses.

It is no coincidence that the European Union has been encouraging these types of models for some time now. In 2011, the Commission announced a Road Map that encouraged growth based on efficient resource consumption. See road map. Recently, this organisation expressed interest in implementing an initiative to end so-called “planned obsolescence” : producing products that have a service life with an expiration date in order to push customers towards buying and consuming new replacement products. This concept clearly clashes with environmental protection and the fight against climate change.

However, the circular economy also creates controversy and a range of opinions when it conflicts with other European policies. For example, in terms of that concerning the application of certain waste standards for the products themselves, such as Regulation (EC) Number 1272/2008 of the European Parliament and Council dated 16 December 2008 on the classification, labelling, and packaging of substances, which amends and repeals Directives 67/548/EEC and 1999/45/EC, and amends Regulation (EC) number 1907/2006 (CLP Regulation), or REACH itself.

In order to overcome this obstacle, products should be designed from the basis of identifying these substances, or focusing on their use in function of the risk that is assumed when handling them, compared to the benefit of recovering and using them again. Because, what do we do with all those products that are currently in the market and contain substances that are banned by REACH when they are converted into waste? Do we give up on recycling them so as not to manage them? Or do we make a comparative analysis between environmental benefits and danger in order to encourage recovery?

Although the circular economy is still at an early stage of its evolution, and is present for various reasons: market needs, the fight against climate change, and resource optimisation, there is no denying that it is already a part of our lives. We are finally getting closer to the end of “use and dispose”.

With 6,114 m2 of space, the centre has an area to store hazardous and non-hazardous waste, tanks for used oil, and an area for flammable waste that will serve the entire Community of Valencia. June … Continued