The event held on 23 November at Madrid’s Círculo de Bellas Artes, discussed the innovations incorporated into the new European Commission Circular Economy Package, a document created with a well-defined goal: to reach a 70% waste recycling rate by 2030.

ASEGRE, Association of Special Waste Management Companies which is celebrating its 25th anniversary, is one of the 55 organisations taking part in the Circular Economy Pact. An agreement which, in the words of its President and Sertego Managing Director, Aitor Jáuregui, fights to avoid market fragmentation and misconduct within the sector. Javier Cachón, Director General of the Natural Environment, Environmental Assessment, and Quality of the Ministry of Agriculture, Fisheries, Food, and the Environment (MAPAMA, for its Spanish original), was responsible for discussing progress being made in the area of taxation. 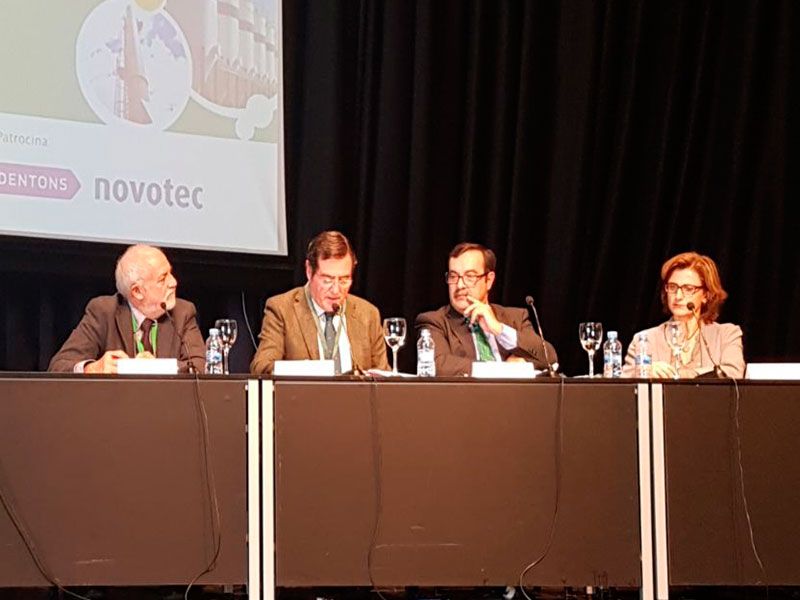 Among the personalities who attended the the event were important figures such as Antonio Garamendi and Paloma López-Izquierdo, President of CEPYME and Deputy General Director of Waste of MAPAMA. The former spoke about the need of companies in the sector in terms of legal security, while the latter analysed the Spanish Circular Economy Strategy in detail and presented actions planned in the area of industrial and hazardous waste. The meeting was also attended by leading politicians, such as: Ricardo García Mira (PSOE), Jaume Moya y Matas (Unidos Podemos), and José Luis Martínez (Ciudadanos). All of them debated the necessary measures to make environmental issues a current policy priority.

To close out the event, ASEGRE organised a roundtable to analysethe measures for the application of waste legislation in various Autonomous Communities, with special emphasis placed on issues related to taxation and waste management.

In line with its growing commitment to digital communication, Sertego is launching a new Sustainability section and private client area for its website. Monsterrat Pavón, the company’s Quality, Prevention, and Environment Coordinator, gives us some … Continued

With 6,114 m2 of space, the centre has an area to store hazardous and non-hazardous waste, tanks for used oil, and an area for flammable waste that will serve the entire Community of Valencia. June … Continued