The company RINZA (Industrial Waste of Zaragoza SA, for its Spanish original), has committed itself to the centenary of the Ordesa and Monte Perdido National Park, an event that has been declared of Exceptional Public Interest (AEIP). The sponsorship agreement has been signed by the Minister of Rural Development and Sustainability of the Government of Aragon, Joaquín Olona, and the Director of RINZA, Alfonso Artigas.

This initiative is aligned with the sustainable development objectives of the United nations, specifically with goal 15: Life on Land, and shows the implication that the SERTEGO group, to which RINZA belongs, has demonstrated in order to protect our ecosystems and natural environment. 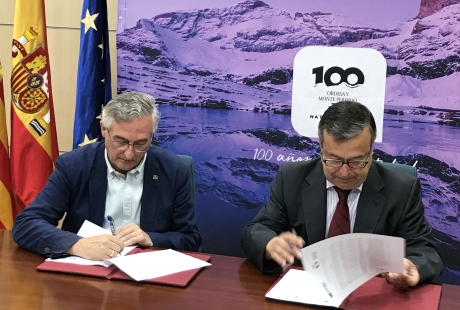 Joaquín Olona (Minister of Rural Development and Sustainability of the Government of Aragon) – Alfonso Artigas (Director of RINZA).

At sertego we are committed to being a sustainable company and we work hard to achieve this every day.

For more than a decade, RINZA has been managing the public service for the elimination of non-hazardous industrial waste in Zaragoza. This activity is foreseen by the GIRA Plan (Integral Management of Waste in Aragon, for its Spanish original) of the autonomous government, which is committed to the minimisation, reuse and sustainable management of waste.

His Majesty King Felipe VI visited the park on 20 September to show his support for the project and held a meeting with the sponsors, including RINZA. 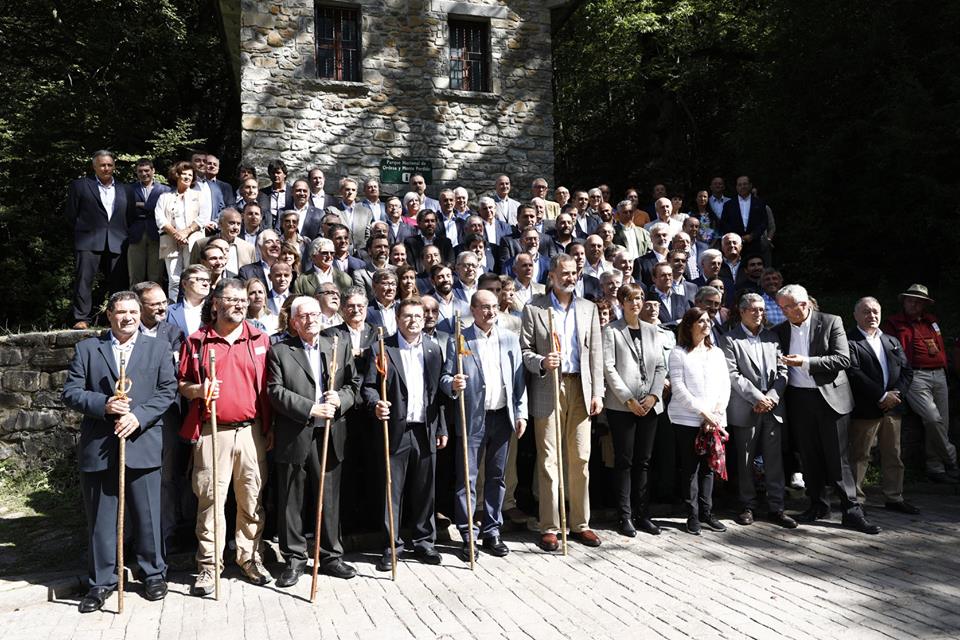