On World Fisheries Day, we recall the fundamental rol this activity plays in the eradication of poverty or food security. It is also a major source of income for 820 million people worldwide. 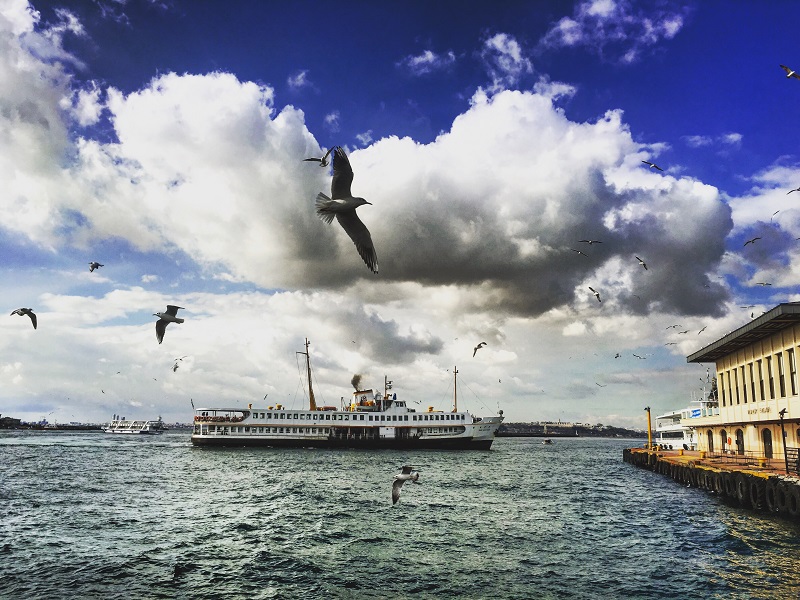 The fishing activity has a direct impact on food security, human health and the economic development of countries. Therefore, among the 17 Sustainable Development Goals (SDG), the number 14 corresponds to the conservation and sustainable use of the oceans, seas and marine resources.

Until the entry into force in 1973 of the International convention for the prevention of pollution from ships (MARPOL), many ships emptied their bilges (tank where hydrocarbons from marine engines are collected) directly into the sea. Under this agreement, ships were required to deliver the hydrocarbon waste collected in their bilges in a reception facility when they arrived to the port, and to justify the delivery of the waste to an authorized waste manager. It’s the main international convention that revolves around the prevention of the pollution of the marine environment by ships due to operational factors.

Thanks to this international regulation – updated through various amendments – and to the inspections carried out by the Maritime Authorities, marine pollution caused by ship activities and accidental spillage has been reduced.

The Convention contains rules aimed at preventing and minimizing pollution caused by ships, both accidental and from normal operations, and currently includes six technical annexes.

Sertego operates within the scope of Annex I: Regulations for preventing oil pollution from ships (entered into force on October 1983). We collect Marpol waste from the ships in a great number of state-owned ports, such as Andalusia, Valencia, the Canary Islands, the Balearic Islands and Vigo. We have treatment plants for this waste, and we obtain fuels (recovered fuel) for new use. We contribute to the circular economy, but we also contribute to reducing sea pollution and to conserving our fishery resources for the benefit of our society.

Fishing activity is directly affected by ship pollution. So much so that, when there is a risk of contamination of a certain species, fishing is prohibited because of the risk it entails for human consumption. In these cases, fishing, shellfish and aquaculture areas have been closed.

Let us remind ourselves how the Prestige accident in 2002, and the oil slick it caused, affected the fishing and shellfish sector, which were severely damaged. Years before, in 1989, the ship Exxon Valdez released, in just a few hours, about 40.8 million liters of crude oil off the coast of Alaska. The spill was about half of what the Prestige expelled. Thousands of species were affected and 2,000 kilometers of coastline were seriously damaged, endangering birds and marine life.

On another level, a few decades ago, on the Spanish beaches near the port, it was not uncommon to get out of the sea after going for a swim with hydrocarbon remains on your feet. Fortunately, nowadays this doesn’t happen, and it’s thanks to the collection task included in Marpol Annex I.

The European Institutions are also taking initiatives to protect fishery resources. For example, the European Parliament has just passed by a majority the ban on the use of disposable plastic bags, in order to reduce pollution in seas, lakes, rivers and fields. Plastics and microplastics can also come from ships. They are highly damaging to marine life and can enter the food chain. According to the UN, 15% of marine litter floats on the surface of the sea.

From Sertego, on this World Fishing Day, we advocate long term long-term sustainability fishing and responsible consumption. As consumers, ¿what can we do?

Let’s fight to safeguard our seas and our fishery resources. Sertego is already advancing towards achieving this goal.

SERTEGO PARTICIPATES IN THE ENVIRONMENTAL AWARENESS SEMINARS IN GALICIA

At Sertego we always want to participate in all those activities that, through teaching or sharing information, reveal various environmental problems related to waste management … Continued

There are various types of recycling and one of them, perhaps the least visible to the general public, is industrial recycling… Continued

SERTEGO IS COMMITTED TO ITS EMPLOYEES’ TRAINING AND PROFESSIONAL DEVELOPMENT

At Sertego we believe that the most important asset we have is human capital. The people that form our team, from the engineers to technicians and operators, work always under the premise of excellence… Continued