SERTEGO GALICIA has been awarded the tender held by SIGNUS ECOVALOR, S.A. for the collection, storage and classification of used tyres in the Autonomous Community of Galicia (Spain).

As a novelty, in this call for tenders, tyres with a diameter greater than 1400 mm have been auctioned separately, since Royal Decree 731/2020, of 4 August, which amends Royal Decree 1619/2005, of 30 December, on the management of end-of-life tyres, prohibits the deposit of large tyres in landfills, thereby transferring responsibility to tyre management systems, such as SIGNUS.

SERTEGO has extensive experience in this service, as it has been providing it since 2006, being awarded in the different tenders carried out throughout these years.

At its facility located in Lalín, Pontevedra, it began to collect and classify used tyres together with SIGNUS in accordance with the provisions of Royal Decree 1619/2005 on the management of end-of-life tyres. Since then, SERTEGO GALICIA has collected and reviewed one by one more than 22,000,000 tyres for classification, evolving and improving both its working procedures and its implementation, now adapting to the stipulations of Royal Decree 731/2020. 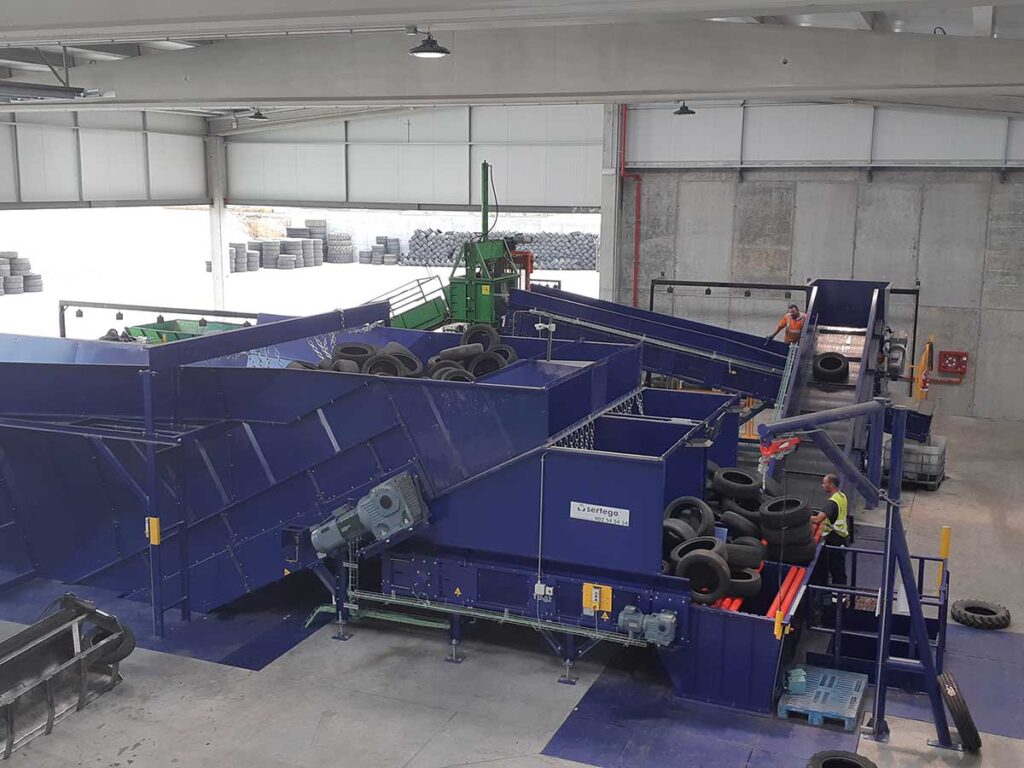 The duration of this tender is 3 years from January 1, 2021, and one year for large tyres.

From waste to resource

Another new feature introduced by Royal Decree 731/2020 is the priority given to the reuse of managed used tyres. Article 2 of the Royal Decree defines what is considered to be a second-hand tyre and a re-treaded tyre.

Furthermore, it clearly and unequivocally establishes who can put a second-use tyre back on the market (only an authorised operator), as well as the standard under which the checks carried out on the tyre will be certified. This aspect is particularly relevant and should therefore be known by replacement workshops, as they cannot directly market this tyre for second use; instead, it must have been previously subjected to preparation operations for reuse by an authorised manager, which guarantees that it complies with the provisions of this Royal Decree. And in the case of acquiring second-use tyres, the purchaser must demand certification from the buyer according to the model established in the appendix of the UNE 69051 standard.

Although SERTEGO’s plant in Galicia, as an authorised operator, was already carrying out a thorough review and checking of the tyres that were subsequently sold on the replacement market, in order to adapt to this new regulation SERTEGO has carried out a project through which all second-hand tyres sold are identified under a QR code that allows anyone who reads it through their mobile phone to know all the characteristics of the tyre, who has carried out the operation of preparing it for reuse, as well as to ensure that all the checks established in the aforementioned UNE standard were performed.  This system introduced by SERTEGO is a guarantee of quality. Additionally, in all sales of second-hand tyres, the buyer will be provided with the corresponding tyre inspection and verification document, as per the UNE 69051 standard, in the terms set out in article 12 of the new Royal Decree, giving priority to telematic means. 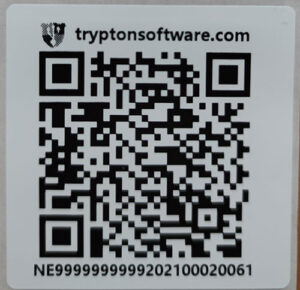 We hope that the improvements introduced in this new regulation will lead to greater control and traceability in the management of end-of-life tyres.

SERTEGO PARTICIPATES IN THE ENVIRONMENTAL AWARENESS SEMINARS IN GALICIA

At Sertego we always want to participate in all those activities that, through teaching or sharing information, reveal various environmental problems related to waste management … Continued

SERTEGO IS COMMITTED TO ITS EMPLOYEES’ TRAINING AND PROFESSIONAL DEVELOPMENT

At Sertego we believe that the most important asset we have is human capital. The people that form our team, from the engineers to technicians and operators, work always under the premise of excellence… Continued

Sertego works in line with the Sustainable Development Goals (SDGs), which include climate action and the conservation of seas and oceans… Continued